Polish Presidential run-off will take place on the 12 of July, that is tomorrow,  between the incumbent President Andrzej Duda, who won the first round of the presidential election on the 28  of June, and Warsaw Mayor Rafał Trzaskowski, who is the Civic Platform (PO) candidate, finishing second. 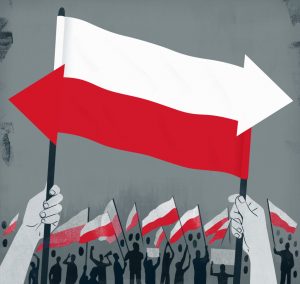 The question is what will be the future of Rule of Law in Poland in light of who gets elected on Sunday’s election.

V-Dem Democracy Report of 2020 refers to Poland as having autocratised the most over the last ten years among other countries like Hungary and Turkey. The ruling Law and Justice Party (PiS), in power since 2015, is forcing legislation that is not complying with the EU’s Rule of Standards, and ultimately is eroding democratic standards in Poland. On the question of whether it has a independent Judiciary,  Poland scored  1 on the scale of 4 in Freedom House’s annual report of 2020, which is pretty dismal.

In 2017 the Justice Minister was given the power to appoint and dismiss presidents and deputy presidents of courts, instead of them being elected by the Judiciary. Furthermore, lower retirement ages for the Supreme Court came into force, effectively meaning that 27 out of 73 judges had to step down in July 2018.

Other parts of the new Supreme Court law created powerful new chambers—the Chamber of Extraordinary Control and Public Affairs (responsible for declaring the validity of elections), and the Disciplinary Chamber.

Furthermore, in 2019, the Supreme Court’s Labor Chamber promptly ruled that the National Council of the Judiciary is not an impartial and independent body, and the Disciplinary Chamber is not a court within the meaning of EU and national law. In response, the PiS rushed legislation through the Sejm, the lower house of the bicameral parliament of Poland, to strengthen and expand disciplinary measures to punish individual judges who questi 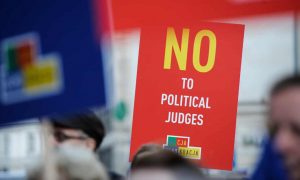 oned the validity of the National Council of the Judiciary.

In academic circles, as well as at the EU institutional level and among policy analysts, the situation in Poland concerning the independence of Judiciary and other policy choices made by the PiS related to the media and academia, which are not in the remit of this blog, is alarming. ‘Backsliding on democracy’, ‘drift towards illiberal democracy’, and ‘rule of law crisis’ are some of the adjectives used to describe the situation in Poland.

My first question is if Trzaskowski wins the run-off on Sunday,  can he stop PiS in eroding the independence of Judiciary in Poland?

The short answer is:  Yes. 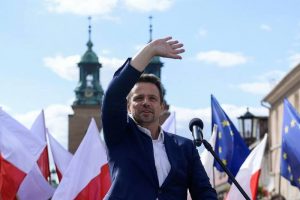 ering Poland to an opposite direction. To one where fundamental principles of Liberal Democracy are respected and protected, like the Rule of Law.

The above  means that when Trzaskowski receives a bill from the Sejm, he has the power, granted by the Constitution, as shown above, to refer the bill to the Constitutional Court to check it is in conformity with the Constitution. Additionally, because the PiS government does not hold a majority of 3/5 in the Sejm, the President’s veto of the Government’s bills could not be overturned. Thus Trzaskowski could block the PiS’s bills that are not in conformity with the Constitution, as well as those against his liberal values. Ultimately he could protect the fundamental values of liberal democracy; with this assured, optimism about the Rule of Law could be reinstated in Poland.

However, Trzaskowski’s vetoes of the PiS’s bills or legislative initiatives could force Jarosław Aleksander Kaczyński’s hand, Chairman of the PiS, country’s de facto ruler, to call for an early General Election. Dr. Ben Stanley, a political scientist at SWPS University of Social Sciences and Humanities in Warsaw, said that Kaczyński would have little patience for Trzaskowski’s vetoes and predicts escalation of hostilities between Trzaskowski and Kaczyński, if the former is elected on Sunday. By this, a brake on backsliding on Liberal democracy would be achieved. However, conflict, hostility and disunity between the President and the Government would take root in the Polish politics that could produce a dysfunctional government.Â

My second question is if Duda wins, will he stand against the PiS’s policy initiative that is not compliance with the Rule of Law standards of the EU?

My short answer is: No. 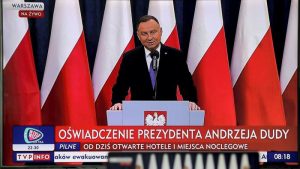 If Duda is elected on Sunday, I think the PiS’s administration will first take a deep breath since the neck and neck race between Duda and Trzaskowski made them extremely nervous in that they run a smear campaign against their opponent, something academics will write about for a long time coming.

While one would expect the PiS to moderate their policy plans so that they could accommodate the rest of the country in their ranks, I do not anticipate that to happen. Not only because I feel the sense of deja vu when I am questioning if the PiS would moderate, but because of my expertise in Turkish and Hungarian politics, countries that are not regarded as democracies by the Freedom House anymore. I feel that the PiS would only impose its illiberal legislation proposals on the Poles in many areas of life in the coming 3-5 years to enhance their grip on power, which inevitably result in weaker democracy and the Rule of Law.