I am writing this piece in response to the Hungarian opposition political parties’ agreement to create a joint programme for government and stand single candidates against Hungarian Prime Minister Viktor Orbán’s ruling Hungarian Civic Alliance party (Fidess) in all 106 electoral districts.

The Hungarian opposition’s pledge to unite and form an anti-Orban block for the next General elections seen as a positive move by some quarters, who want Orban gone for good. However, when I look at a similar case study country like Turkey, where alliances between the opposition political parties were formed to either to stand against Turkish President Tayyip Erdogan in the Presidential elections in 2018 or Istanbul Mayoral elections against Erdogan’s Justice and Development Party in 2019, I can say that they do not always produce the desired outcome.

Political parties exist not only to promote the values they are formed on but also to stand in the elections to win a majority to implement their political agenda, which is usually put together before the elections, at least in democracies. While both the Freedom House and V-Dem no longer regard Turkey and Hungary as democracies, I could, to a certain extent, understand the functions of political parties may have changed in Hungary and Turkey. 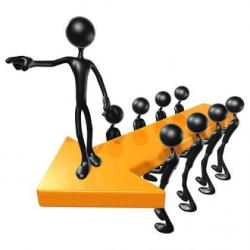 The evidence suggests that the opposition political parties and their leadership in Hungary and Turkey are desperate to change the status quo. My interpretation of this is that elections for the opposition political parties in Hungary and Turkey are no longer about winning a majority to form a government so to exercise power and gain the opportunity to put their programme in action. However, it has subtly evolved from giving a kick to the governing political party to almost toppling the governing political party through an election that is usually not fought on fair and open grounds.

What can explain is that by the opposition political parties’ oversight of their original purpose in politics, as well as playing politics with the rules set by Orban in Hungary and Erdogan in Turkey, either voluntarily or involuntarily, which does not change the outcome. Nevertheless, in this way the opposition political parties play an essential part in legitimising the autocratic political systems Orban and Erdogan has established over the last decade in their respective countries.

I argue that, in the case of Hungary, the opposition political parties should go back to their roots and remember, what kind of Hungary they envisage, instead of putting all their energy in forming alliances to overthrow Orban’s administration.

They should look for answers to the following questions: do you want an open and democratic Hungary, which respects the EU values? What is your position on illiberal 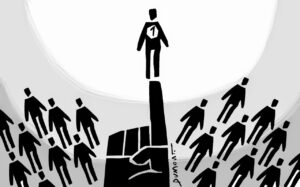 democracy? Do you prefer free Media? Do you aspire Hungary as a migrant-friendly country? How economically well off do you imagine Hungary? Then look for fresh policy ideas to develop attractive party programmes that could address these questions.They must also look for a leader who could convince the electorate that they could deliver on these policy ideas.

Otherwise, drawing on the Turkish case, I would say the following could be the future for the opposition political parties in Hungary: (i) perceived ‘lack of distinctiveness’; (ii) ‘disenchanted voters’; and (iii) ‘intensified polarisation’.

When political parties agree to form alliances on several occasions, my observation is that they end up losing their distinct characteristics in the eyes of the electorate. For instance, when the Turkish People’s Party (CHP) united with the Good Party (IP), Felicity Party (SP) and Democrat Party (DP) in 2018. It has raised many question marks about how is it possible for these political parties to come together while they sharply differ on issues like religion and nationalism. They ultimately caused a loss of confidence in politicians among the electorates.

The electorate observed the leadership of the opposition political parties as too soft on the issues that are too critical for them. When what differs political parties from each other disappears from the political spectrum, I predict that there would be an increase in disenchanted voters who not only have no confidence in political parties but also cannot feel any affiliation to them in terms of interest and values. In the case of Turkey, it is difficult to measure what impact the alliance among the opposition politicians have on the voter turnout since voting is compulsory. However, I will watch out for Hungary. 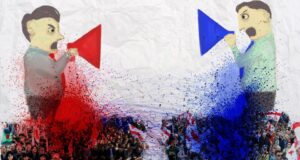 While polarisation is partly an indication of a healthy democracy since it means all segments of the society are allowed to express their differences freely, however alliances formed between the opposition political parties could produce an intensified polarisation of politics and society, sharply dividing the society into two camps. For instance, in the case of Turkey, the society is divided between anti-Erdogan and pro-Erdogan camps, and the divisions are sharpened each and every time there is an election. Similarly, in Hungary, we see an anti-Orban camp versing pro-Orban, which is subtly evolving. I argue that this not least is dangerous, but more importantly overshadows other interests and values of the electorate, which should be at the forefront of the political parties’ agendas and narratives.

Intersection of Religion and Politics– who is on the losing side in this encounter. | Online-Teaching and Learning, and Virtual Conferences in the light of a Global Pandemic | Why alliance formation among opposition political parties is not a good idea? | Should you feel Optimistic or Gloomy about the Rule of Law in Poland in light of Presidential Run-Off |  COVID-19 triggered Open and Relaxed times in Hungary (II) |