As we were racing fast to leave 2020 behind, 2021 came as a slap on the face as the COVID-19 mutations promptly popped up in different parts of the World, including in the UK, Brazil and South Africa, which have made the successful vaccination roll out across the globe all the more crucial. While all celebrated the arrival of vaccines for COVID-19, they did not expect the failures in producing and distributing these life-saving vaccines to cause another European Union crisis. Neither friction was envisaged among the EU and the Member States, nor between the United Kingdom and the EU. While the EU’s handling of this crisis highlighted the EU’s weakest spot: slowness, thoroughness and its non-complying MSs. However, its manoeuvrers to take control of the vaccine crisis meant differentiation through non-compliance, indifference to institutional forbearance and extension of substantial and non-ideological material for the Eurosceptics in the EU and the UK. 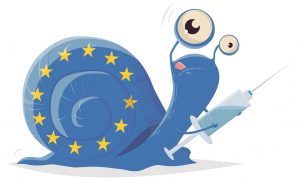 From the very beginning, the European Commission and MSs have agreed on joint action against COVID-19 at the EU level; later adopted a centralised EU approach to secure supplies and support developing a vaccine.

However, when the AstraZeneca, pharmaceutical company producing the Oxford-AstraZeneca vaccine, began to suffer from manufacturing problems at one of its European factories and has declared that it will deliver less to the EU than it had planned in the coming months. Thus, the EU’s vaccine target-of 70 per cent of all adults by the summer- was put at grave risk. And from this moment onwards the EU’s common vaccine policy began to go downward spiral. 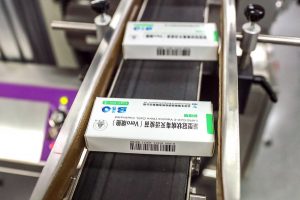 First, not known for its burden-sharing stance, but infamous for being the most non-compliant member of the EU, Hungary did not disappoint. The Hungarian Prime Minister Viktor Orban criticised the EU’s vaccination efforts allegedly for being slow and ineffective.  Then broke ranks with the EU by licencing the Russian Sputnik vaccine and authorising the Chinese Sinopharm vaccine, ultimately disregarding the European Medicine Agency, which has not yet approved the use of these vaccines in the EU.

Second, when the EU was still drawing up its response to the COVID-19 pandemic in the mid-2020, the UK was still eligible to join the EU’s vaccine scheme, but the UK government opted out and pursued its vaccine strategy. The UK acted fast and decisively in concluding vaccine deals than the EU had done. We know now that the UK entered into a binding much robust contractual vaccine deal with AstraZeneca three months before the EU concluded its deal with the firm. However, the AstraZeneca’s manufacturing failures intersected the faith of the UK’s and the EU’s success in meeting their vaccine targets.

Following this crossing, the Commission’s rhetoric and positions have astonished those who thought that the EU is always the most cool-headed and sensible one in the room. The Commission first implicitly accused the AstraZeneca of giving preferential treatment to Britain in delivering its vaccine and asked some of the shortfalls to be made up with vaccine allotted for Britain and threatened that if AstraZeneca disagrees, supplies to Britain of other vaccines made in Europe may be affected.

However, it did not end here.

Just after publishing its redacted version of the vaccine contract with AstraZeneca on 28th of January and claiming that supply commitments within the deal are binding, on the same evening, the Commission briefly invoked the article 16 of the Brexit deal’s Northern Ireland protocol;  had they not retreated, border restrictions between the Irish Republic and Northern Ireland would have worked as part of the Commission’s efforts to clamp down on vaccine exports from the EU.

There are three interconnected points I like to make. 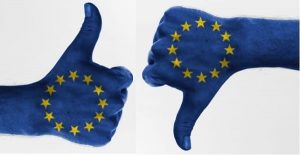 My first point covers Hungary’s non-compliance with the EU’s common vaccine policy. Professor Frank Schimmelfennig argues that bad-governance countries with lack of the functioning rule of law and weak administrative capacity, like Hungary if they do not like an EU rule or decision, do not have to negotiate with the EU and ask for a formal exemption.  This is because these MSs can always find a way around by non-compliance with that rule or aspects of a common EU policy, just like the Hungarian government did thorough exploiting the EU’s slow progress in vaccine suppliance, and overriding the EU’s EMA–hence the outcome was a differentiation in the EU integration through non-compliance. Therefore, the EU should have been better prepared to have its MSs with the traits highlighted by Schimmelfennig to refuse to comply with the regulation of the EU’s vaccine scheme. Additionally, the EU should have adopted a toolbox for those non-complying MSs to keep every other MSs united. However, what is more, alarming is how Hungary’s position could pave the way for the other MSs, with similar political traits to Hungary, to challenge the EU’s unity and solidarity–thumps-down to the EU.

My other point involves the EU’s attempt to invoke Article 16 of the Brexit deal. One can say that the Commission did this out of desperation since it has been a one long dark year for everyone, but it may have severe repercussions for the EU’s stance on the rule of law. By Institutional forbearance Steven Levitsksy and Daniel Ziblat’], in their now much celebrated book titled, How Democracies Die, means that elected officials cannot exercise legal action that intentionally privileges one group of individuals at the expense of another. This helps to comprehend how Commission’s brief invocation of Article 16 is alarming and what dire consequences it would have on the EU’s stance on the rule of law. Yes, the Commission was privileged to act in this way, but not exercising that legal right could have been more beneficial to the EU and its relationships with the UK. The EU now has set precedence; we do not know which side will invoke Article 16 next and its consequences.

My third point concerns how the EU’s position in the UK and the UK’s relatively successful vaccine scheme may contribute to Euroscepticism in the EU and the UK. Wolfgang Münchau sai:d “{F}or starters, the EU has just provided a hindsight argument in favour of Brexit. The UK would not have proceeded with vaccinations as quickly if it had subjected itself to the same policy.” Thus, the Eurosceptics in the EU did not escape praising Brexit. For instance, although the Hungarian PM Orban does not campaign for Hungary’s exit from the EU since Hungary benefits a greater deal from its membership of the EU both economically and politically, he applauded Brexit for swift vaccines authorisation, which meant he exploited the opportunity well enough for his Eurosceptic audience. Furthermore, I agree with Münchau who also said: “The last thing the EU ever wants to do is give people a rational, non-ideological reason for Euroscepticism.”, which is in line with what Professor Simon Hix  predicts that the UK public will become more Eurosceptic now that it has left the EU, and because the UK is a weaker partner in this relationship. Sadly, the current row between the UK and the EU over Oxford Astra-Zeneca vaccine and the Commission’s unfortunate attempt to invoke Article 16 is supplying the UK tabloids with lots of material feeding into the Eurosceptic sentiment of the UK public, as well as into the political parties’ rhetoric– once again thumps-down to the EU.

Let’s hope the EU will learn its lesson from this vaccine debacle and next time around it will be better prepared and organized to act swiftly and decisively in global emergencies such as the COVID-19 pandemic. Failure to do so undermines the entire premises on which this union was conceived and stands.

EU’s Vaccine Politics of Non-compliance, Institutional forbearance and Euroscepticism — thumbs-down to the EU! | Why alliance formation among opposition political parties is not a good idea? |  COVID-19 triggered Open and Relaxed times in Hungary (II) | Lending a helping hand or finger-pointing at the migrants and refugees in COVID-19 triggered ‘open moments’ (I) | When one door closes, another opens… |