On the 3rd of April 2022, Hungarians will walk to the Polling Stations to vote on whether to keep the autocrat or opt for the socially conservative liberal democrat. This is one of the most critical elections in Europe this year since its outcome will determine if Hungary will drift further to autocracy or opt to re-democratise. On the same day of the election, Hungarians will also be asked to vote on a “child protection” referendum, targeting the Lesbian, gay, bisexual, transgender, queer and intersex (LGBTQ-I) community and aiming to prohibit the portrayal of homosexuality and gender reassignment in content, like school education material and television programmes. 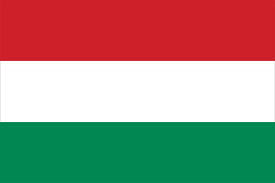 Hungary has been a Republic and member of the European Union (EU) since 2004. The supreme body of popular representation is the Parliament, made of a unicameral body called the National Assembly NA), which consists of 199 directly elected members to 4-year terms.

Since 2010 the Hungarian political power has resided in Viktor Orban, the incumbent Prime Minister (PM) and the leader of the governing political party, the Hungarian Civic Alliance (Fidesz). Orban won the past three consecutive elections and is in alliance with the Christian Democratic People’s Party (KDNP). Fidesz-KDNP holds a two-thirds majority in the NA, which grants a mandate to Orban to make any constitutional and institutional changes he prefers. 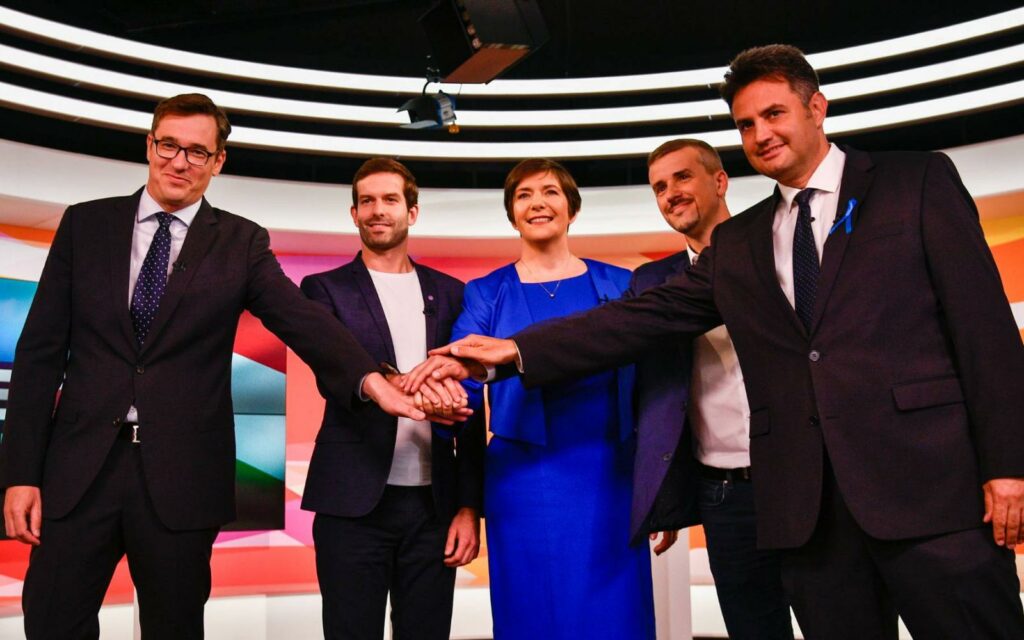 What is unprecedented about these parliamentary elections is that six opposition political parties, from socialists and liberals to the right and extreme right-wing spectrum, have built a united front, called ‘United for Hungary’ in December 2020 to oust Orban. The pact of six includes the Hungarian Socialist Party (MSZP), Democratic Coalition (DK), Movement for a Better Hungary (Jobbik), Hungary’s Green Party (LMP), Dialogue for Hungary (Párbeszéd) and Momentum Movement (M). While this is all good, the united front could not elect a leader from their ranks and chose Marki-Zay Peter. He has been the mayor of Hódmezővásárhely since 2018 and does not hold any party affiliation, and is the co-founder of the Everybody’s Hungary Movement.

Hungary adopted a multi-party system in 1990, after the fall of Communism. Orban’s reformist movement called the Federation of Young Democrats was one of the first liberal, pan-European, and centre-right wing initiatives, forming today’s Fidesz. Orban, who received a scholarship from the  Soros Foundation to complete his Oxford education, successfully won the 1998 General Elections.

When Orban lost the elections to the opposition political parties in 2002, he had told his advisor of the time, Mr Jozsef Debreczeni: “This democracy thing, where power can slip so quickly from you, was no good.” And from that point on,” Mr Debreczeni added, “he spent his time preparing so that if he ever won power again, he would not lose it.” Sticking to his word, Orban won the three consecutive general elections of 2010, 2014 and 2018, yet we can only speculate about 2022. 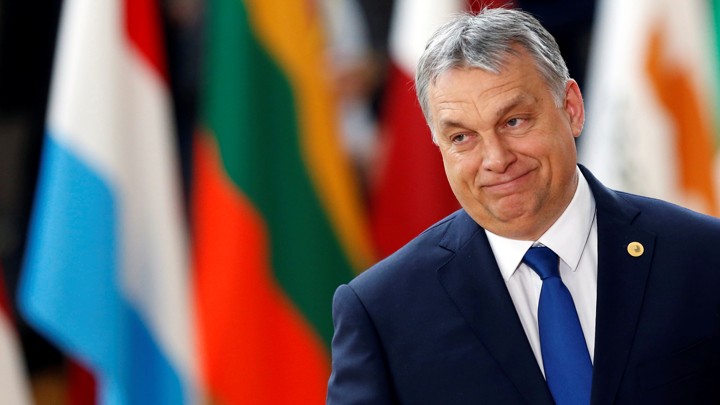 Twelve years of Orban’s self-claimed illiberal and Christian policy choices contributed to the transformation of Hungary from being a reasonably consolidated democracy with fair and free elections and limited government to what Varieties of Democracy (V-Dem), independent research institute, described as ‘electoral autocracy. In 2019 the  Freedom House, a non-governmental organisation, downgraded Hungary from “free” to Partly Free and Reporters Without Borders (RSF), a media watchdog, has added Orban to its annual list of “enemies of press freedom” in 2021.  Hence, Hungary was the only EU member state not invited to United States (US) President Joe Biden’s Summit for Democracy in early December 2021.

In addition to these, the Hungarian government is locked in multiple disputes with the EU concerning backsliding in democratic governances and the rule of law, speech, press and academic freedoms, packing the courts, misuse of EU funds, the protection of the minorities, including the LGBTQ-I, and Roma people. As a response, the EU has triggered Article 7 of the Treaty of EU, which is part of the EU’s Rule of Law framework. In September 2018, the European Commission launched an infringement procedure against Hungary’s controversial LGBTQ-I law in July 2021. The EU’s top court has ruled that Hungary’s arbitrary detention of asylum seekers in border zones is illegal in May 2020.

Since Orban’s administration kept its line of policy choices in an illiberal spirit up until this point, the EU developed a new procedure, called the Rule of Law Conditionality Regulation, which is a measure that would allow the bloc to act over rule-of-law shortcomings that affect the sound management of the budget or the EU’s financial interests. As of February, the European Court of Justice (ECJ) has ruled to make EU handouts conditional on a country’s respect for the rule of law and the EU’s other core values, including democracy, equality, respect for human rights non-discrimination and justice. “Compliance with those values cannot be reduced to an obligation which a candidate state must meet to accede to the European Union and which it may disregard after accession,” the judges said.

On the other hand, while Orban received endorsements from former US President Donald Trump and President of Russia Vladimir Putin, he did not get the same level of support from the EU. A cross-party group of 62 members of the European Parliament (EP) had taken the unusual step of calling on Hungarian elections to be watched when they raised their concerns that the election may not be free and fair.

Orban’s Fidesz has announced “Hungary is going forward, not awkward” and made some of the following pledges:

Who is the new guy in town?

Marki-Zay Peter wears many hats; he is a marketer, economist and electrical engineer with a PhD in economic history. He is a father to seven and self-described right-wing Christian and disappointed Fidesz voter, and “I’m a socially conservative, economically liberal, centre-right politician”. Furthermore, the English speaking media and investigative journalists and academic literature emerging from the West describe him as “conservative who could unseat Viktor Orbán”, “outsider from the right backed by the left to beat Viktor Orbán”, and “A man on a mission”. 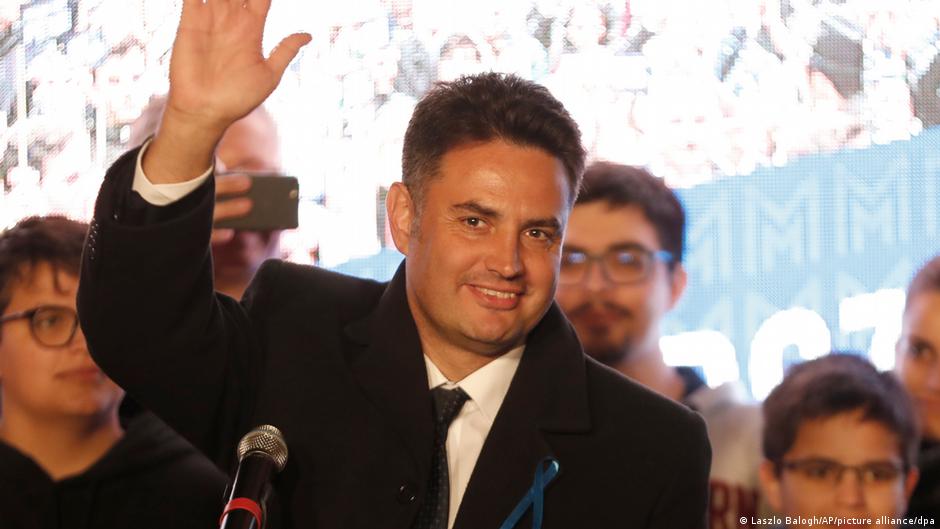 Márki-Zay said: “We want to bring a new culture to the country. A culture where love will rule. We will embrace all Gypsies, all Jews, all gay people, everyone living with disabilities, every right and left-wing person, and all urban and rural people with love!” The familiar feeling about Marki-Zay is that his inclusiveness and democratic approach will lead Hungary to re-democratise and uphold and protect human rights and the rule of law and be a constructive and uniting Member State (MS) in the EU.

Marki-Zay’s main election themes are fighting corruption at home and beyond and promoting accountability–the small blue ribbon is a trademark for this.  Additionally, he has been campaigning for two referendums: extending the jobseeker’s allowance and over the Fudan Hungary University. Furthermore, Marki-Zay is proposing to join the new European Public Prosecutor’s Office. He will also set up an anti-corruption institute in Hungary to investigate corruption cases, something Orban has been dragging his feet over.

I wrote this piece before Russia invaded Ukraine; therefore, the above did not say much about the war.

Before Russia attacked Ukraine, I observed that in the first two months of 2021, the opposition was ahead of Fidesz-KDNP by %2, looking at POLITICO’s poll of polls. Then throughout that year, the opposition and Fidesz were neck and neck, and at one point, Fidesz was ahead of the opposition by 4-5%. However, by mid-February 2022, Fidesz led the polls by %49. However, after the war in Ukraine began, a recent survey conducted by Median shows that the Fidesz-KDNP is firmly in the lead over the joint list of opposition coalition parties. Currently, the Fidesz-KDNP list leads with 49 per cent of the eligible voters.

To wrap up, three weeks away from the elections in Hungary, the Russian attack on Ukraine affects the global economy and political stability across Europe. Therefore, Hungary, sharing borders with Ukraine, is already feeling the effects of the war on its economy and the direction of the election campaign. 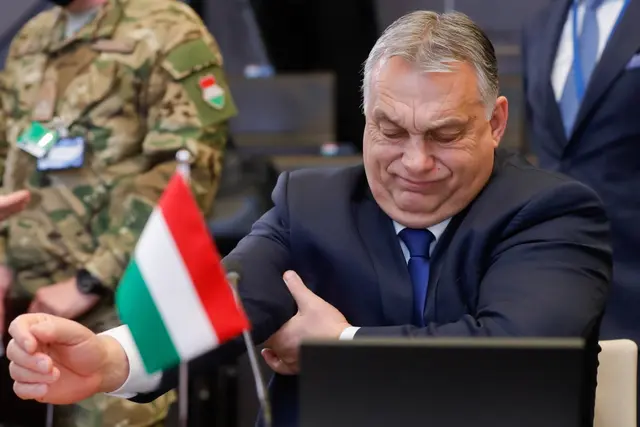 On 7th, the forint has plunged almost 10% against Euro to a record low; on the other hand, the elections campaign shifted its attention to national interest and Hungarian security. Orban said that his government’s focus was to combat the adverse effects of the conflict, and Hungary’s banking system was stable and would withstand the pressure.

Marki-Zay, who seems to be not doing well in the polls, understandably shifted his campaign to highlight the similarities between Orban’s regime and Putin’s governance and the threat another Orban government would pose to the Hungarians. 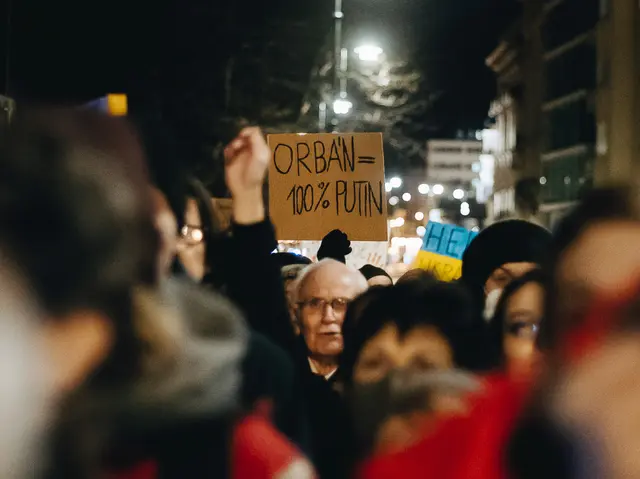 However, it does not look like Marki-Zay is winning the hearts and minds of the Hungarians. Recently Szazadveg Foundation, an independent think-tank organisation, surveyed Marki-Zay’s electability and found that 61 per cent of respondents said they rejected Marki-Zay as PM.

The war in Ukraine was unexpected; its effects are dire not just for the Ukrainians but for the neighbouring countries too.  Asking the Hungarians to elect their next Hungarian PM is not the fairest one in the middle of many unknowns, such as how long this war will take and how it will affect Hungarians’ livelihood. However, the great majority of the electorate are likely to cast their vote in favour of Orban. This is not because they trust and believe in Orban, but because they know what they will get with Orban, which is familiarity and predictability which is essential in a crisis, like this war.

Explainer–Everything you need to know about Hungarian Parliamentary Elections (I) | Online-Teaching and Learning, and Virtual Conferences in the light of a Global Pandemic | Why alliance formation among opposition political parties is not a good idea? | Should you feel Optimistic or Gloomy about the Rule of Law in Poland in light of Presidential Run-Off | Linking non-compliance with the rule of law in the EU to the management of the EU budget |