On 20-21 February 2020, European Union heads of state met for a special European Council, dedicated to the EU long-term budget for 2021-2027.  It ended without a political agreement; soon, another summit will take place for further negotiations. Today I will not write about what why the EU’s long-term budget (2021-2027) did not go through; although how the cost of the budget should be shared among the net contributors, and whether the net payers can claim a rebate were the primary sources of the fallout. 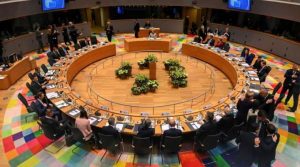 Next time around when the heads of the Member States meet, the proposal to linking EU funds with the Rule of Law may strike another friction between the MSs. For example, when Viktor Orban, Hungarian Prime Minister, was asked if the proposal for tying community funds to the rule of law in recipient countries were agenda in the EU budget discussions, he said: “{T}his issue might emerge in the final phase of negotiations”.⁠

In this descriptive piece, I will provide an outline of how and why the EU proposes to link sound financial management of the long-term budget with respect for the rule of law. Also, I will highlight on the mechanism and measures, proposed to address generalised deficiencies with the rule of law in the EU. I will heavily draw on the European Commission’s Proposal of May 2018 on the protection of the Union’s budget in case of generalised deficiencies as regards the rule of law in the MS. Finally; I will speculate on the effectiveness of the new mechanisms in dealing with lack of respect for the rule of law.

I like to begin with defining what is meant by (i) the rule of law and (ii) generalised deficiency.

The rule of law refers to the Union value enshrined in Article 2 of the Treaty on European Union, which includes the below-listed principles: 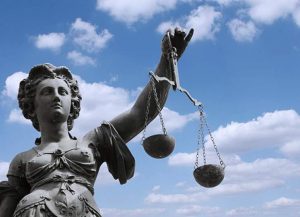 Why the EU wants to connect the rule of law with the EU budget?

What mechanisms will identify generalised deficiency?

The new proposal proposes that the identification of a generalised deficiency require a qualitative assessment by the Commission. That assessment could be based on the information from all available sources and recognized institutions, including judgments of the Court of Justice of the European Union, reports of the Court of Auditors, and conclusions and recommendations of relevant international organisations and networks, such as the bodies of the Council of Europe and the European networks of supreme courts and councils for the judiciary. 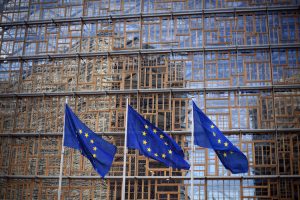 What are the proposed sanctions?

If the Commission found generalised deficiencies in one of the MSs as regards the rule of law, it could:

These sanctions could be invoked when a generalised deficiency as regards the rule of law in an MS endangers:

How and when sanctions will be lifted?

The MS, which is under scrutiny, could at any time submit to the European Commission evidence to show that the generalised deficiency as regards the rule of law has been remedied or has ceased to exist. Following that, the Commission shall assess the situation in the MS once it is concluded that generalised deficiencies as regards the rule of law cease to exist in full or in part, the Commission could submit to the Council a proposal for a decision lifting those measures in full or in part.

The legal basis of the proposal (a Regulation) is Article 322 of the Treaty on the Functioning of the EU, through which financial management rules are set. This means that the proposal is adopted jointly by the European Parliament and the Council, the latter acting with a qualified majority.  While the above proposal puts forward the European Commission’s aspirations in dealing with the non-compliant MSs from a budgetary perspective. The Rule of Law mechanism is an essential part of the overall set of proposals on the long-term budget 2021- 2027. The instrument and its final shape are currently negotiated between the institutions.  In September 2019, the EP expressed its support for plans to link EU funds to the rule of law. However, the EP is demanding equal footing in this process.

While I cannot predict if a formal agreement will be achieved in the next Summit not just on the long-term budget of the EU, but also on the proposal to link the sound management of the EU budget with the rule of law. I suspect that the subject matter will spark heated negotiations among the heads of the MSs. We know that many Western EU governments are keen to introduce new safeguards to protect EU funds in case of the rule of law deficiencies impacting the bloc’s financial interest. In contrast, countries like Hungary and Poland, with poor rule of law records do not find it fair that there is a plan to link budgetary funds to the rule of law.

Ultimately, the question is how effectively the EU will enforce the new mechanisms against those MSs, who do not comply with the rule of law standards of the EU. Since the approval of the sanctions, as outlined above, do require qualified majority from the European Council, I am not convinced if the necessary support for activation of the sanctions will ever be reached. The aspiration of the European Commission to link EU funds with respect for rule of law can be another nuclear option like the Article 7 procedure, which is available for the EU to use when needed, but it remains untouched.

Then you have every right to ask: why the fuss?