Phew, what a couple of months.

But wait, the political drama is to continue at home in Brexitland in the coming months. 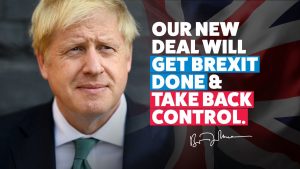 As I was writing this blog, the British MPs were debating the UK Prime Minister Boris Johnson’s deal with the EU on the UK’s exit from the European Union. However, by the time I have finished putting this blog together, MPs have voted for an amendment which withheld approval until legislation implementing it had been passed, which meant that Johnson is obliged to seek a delay to Brexit until 31 January.

Regardless of what happens with the vote on Johnson’s deal; it is astonishing to observe how in some circles Johnson’s deal is hailed as a “treat’ and described as of his making.

Without going into the details of what is different with Johnson’s deal to May’s deal, I want to bring back people’ attention to Johnson’s bid to prorogate the Westminster Parliament at the end of August.  This is because I fear that Johnson’s deal might get through the Parliament without proper scrutiny for (a) there is a PM who wants Brexit done at any cost and (b) there is a momentum in the country to get this done.

How can we trust a PM and his team who dared to undermine democracy and the rule of law in this country, as well as putting at risk the most fundamental principles of the long-established British democracy.

Therefore, if Johnson has secured a deal with the EU; we have a good reason to be suspicious of it. If Johnson and his team can attempt to undermine the core principles of liberal democracy, then they can also risk the unity of the United Kingdom this time around. Therefore the details of the deal must be scooped out and highlighted.

The second point, which was also the high point of September for me, was the Supreme Court’s judgment that Johnson’s decision to suspend Parliament was “unlawful”. It was refreshing to see that the British Supreme Court was able to take a stand against the government’s position, after studying how and why the crisis of Rule of Law is getting deeper in countries of EU members states like Hungary and Poland, as well as in the acceding country of Turkey.

I believe no matter what happens with Brexit now, the core principles of liberal democracy, such as scrutiny, transparency and the rule of law should never be allowed to be part of any political game playing.

Informal and formal institutions are the backbones of the British democracy or any democracy for that matter–thus the politicians, who can gamble on that, should not be trusted with the protection of the UK’s interests.

So next time you begin to think that the PM Johnson has managed to negotiate with the EU on the particular aspects of the Withdrawal Agreement, which the EU had reiterated on many occasions non-negotiable, do not forget to pinch yourself for a ‘trick or treat’.

Intersection of Religion and Politics– who is on the losing side in this encounter. | Why alliance formation among opposition political parties is not a good idea? |  COVID-19 triggered Open and Relaxed times in Hungary (II) | Lending a helping hand or finger-pointing at the migrants and refugees in COVID-19 triggered ‘open moments’ (I) | When one door closes, another opens… |